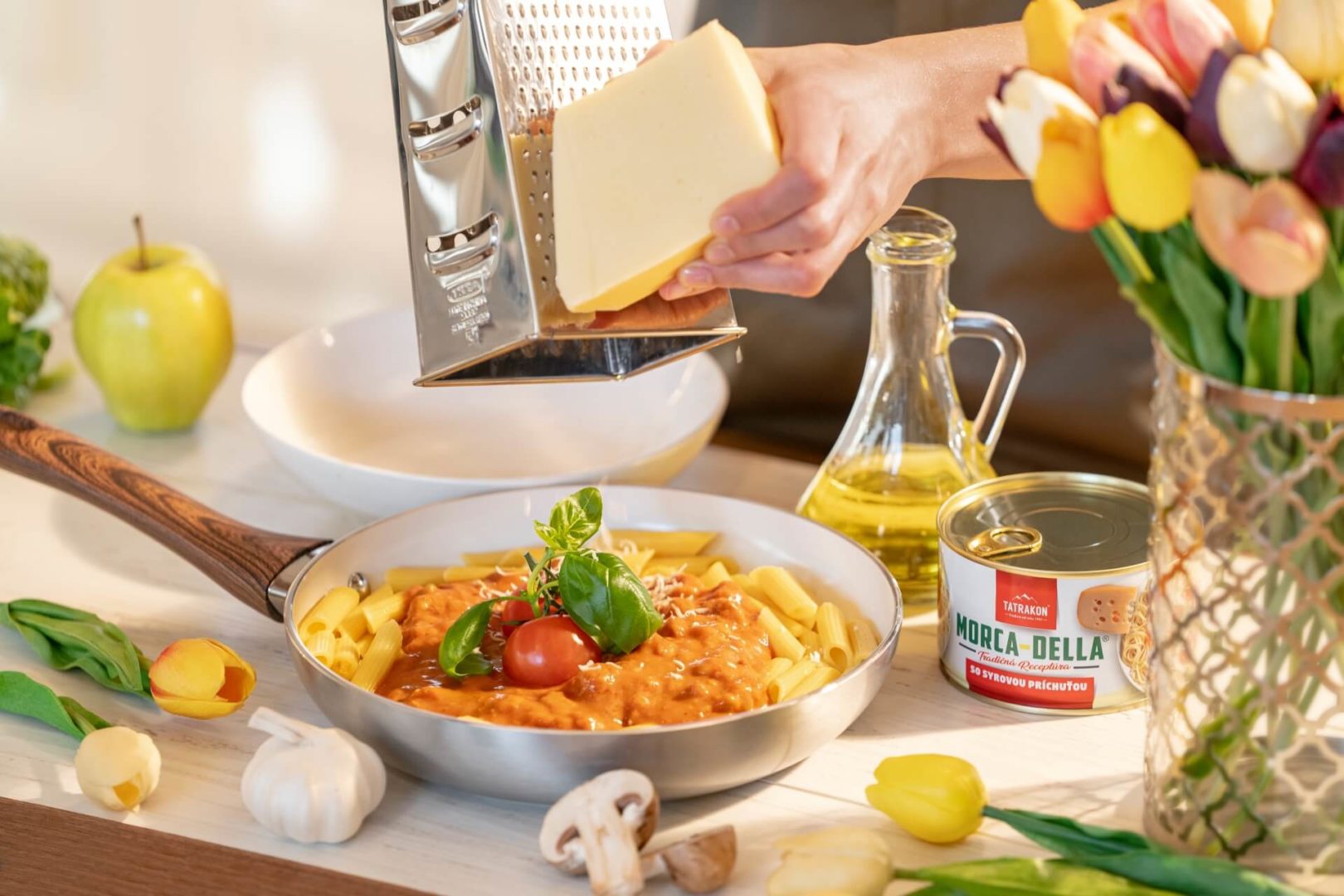 The canning industry has a longstanding tradition in the region under the Tatra mountains. The first written record dates backs to 1931. The period of changes in the production program has began following the nationalization of the former enterprise TATRA-tovaren. Our product line covers meat spreads, refreshments for travellers and ready-made meals.

The very first production of the well known spread PALI was launched in September 1984; the best-selling spaghetti sauce in Slovakia up to this day MORCA-DELLA was created in March 1985. These products contribute to the profit of the company TATRAKON which currently exceeds 9, 000, 000 EUR per year.

The assortment includes meat cans, vegetable and fish spreads, ready meals and cereals. In addition to a traditional products, there is also a premium series in our production.

Lately, the company has re-invested considerate amounts of money to modernise the production, facilities and to improve the technologic process. In 2001, the TATRAKON spol. s .r.o., Poprad became the holder of the EN ISO 9001: 2000 Certificate, including the design and development. When joining the European Union, the company met strict requirements and was assigned an identification number SK611ES for purposes of production of pasteurised and sterilised meat products in hermetically sealed packaging, their stocking and to release on the market. In 2007, the company was awarded The National Award of the Slovak Republic for quality according to EFQM Excellence Model. The health safety of our products is one of the key objectives of our company. In 2017, TATRAKON obtained the IFS Version 6.1 Certificate (International Food Safety). The re-certification audit was carried out in TATRAKON in December 2017 in accordance with EN ISO 9001:2015 standard, and the company obtained the certificate valid for an additional three years.

In 2018 our company was awarded by the Best Buy Award in the category “spreads” for the highest quality products meeting the best price. The TATRAKON promotes agriculture within animal and plant commodities by purchasing especially domestic materials. The aim is to satisfy the needs of the agro-food market concerning safety, quality, origin and tradition of our products.